The people and places of Lake Superior feature in this anthology of short stories by nine writers from Minnesota and Wisconsin. "Going Coastal" won an honorable mention from the Northeastern Minnesota Book Awards in their 2017 competition.

The power of stories lures an aging man on a road trip back home, north on Highway 61. Through her painting of a river, an Ojibway woman teaches a historian about himself and her culture’s connections to the land and water. A woman confronts a suicidal man on Stoney Point, led by the mystical power of water to magnify her psychic abilities. Another woman finds meaning in the intricate curves and fiery bands of an agate. A shoreline boulder offers its magical views on human life. A ship captain from long-ago faces a coldwater death in Whitefish Bay. Life comes full circle in the currents of the lake for a young man from Two Harbors. A ghostly fur-trapper haunts Madeline Island. A family’s powerful saga unfolds on the shores of Lake Superior.

Your purchase of this book supports Lake Superior Writers, a nonprofit organization that fosters the artistic development of writers and a vibrant literary arts community in northeastern Minnesota and northern Wisconsin.

The stories in Going Coastal are all deeply personal, and reflect the lake as a source of beginnings and endings -- a source of inspiration, loss, and renewal. The anthology contains a variety of very different stories, touching us in many ways, and connecting us to the power of Lake Superior.

​I’m a poet and rarely write poems longer than a page, so I find short stories intimidating. The stories in Going Coastal proved to me what I have been missing as a reader. Not only am I awed by the talent and craft it takes to create such prize-winning stories, but the time I invested in reading the anthology has rewarded me with new knowledge and insights.

Especially impressive are two young authors, Teresa Allison-Price and Maxwell Reagan, whose stories are their first published pieces. Without reading their bios, I would never have guessed this fact. After reading Johnna Suihkonen’s “What a Fire Weighs,” I will never look at an agate the same way again. Her metaphorical piece with its poetic feel reached out to me. Marie Zhuikov’s “Water Witch” kept me mesmerized with its well-paced narrative and intriguing subject matter. “The Urge for Going” should be required reading for anyone planning a trip up the North Shore. Following in the steps of Phil Fitzpatrick’s protagonist will deepen the experience and give every stop special meaning.

Two stories brought me to tears. I have always felt the natural world was where we should worship and Evan Sasman’s “The Painting” reinforced my belief. “Superior Mordant” by Judy Budreau pulled me in and had well-developed characters I could relate to.

Eric Chandler’s “The Heart Under the Lake” could only be written by someone who loves Lake Superior and the lands around it. It is a satisfying, well-crafted coming of age story that blends science with verbal artistry and maritime history. It was a delight to read.

I sensed autobiographical elements in many of these stories. That, admittedly, is one reason writers write. Another reason, perhaps not always acknowledged, is that they hope to enable readers to discover (or rediscover) thoughts and emotions that are often hidden under the cares of daily living. I’m glad I spent time with this collection that fosters self-reflection through superb short stories.​ 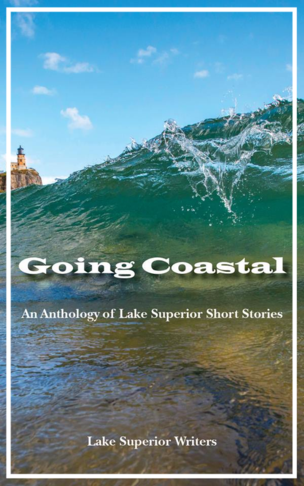